Are peppers fruits? Or are these spicy-meets-sweet ingredients vegetables?

The age-old debate about how people should categorize tomatoes extends far beyond the world of caprese salads and ketchup (which, by the way, was nearly qualified as a serving of vegetables politicians in the 1980s). The humble yet powerful pepper is also referred as a fruit and a vegetable, depending on who’s talking.

So which camp is right?

Here’s our deep dive into the argument, including multiple definitions of what constitutes a fruit and a vegetable, a look at the differences between fruits and vegetables, and why some types of peppers might lend themselves more to fruit or veggie-related preparations than others.

The difference between fruits and vegetables 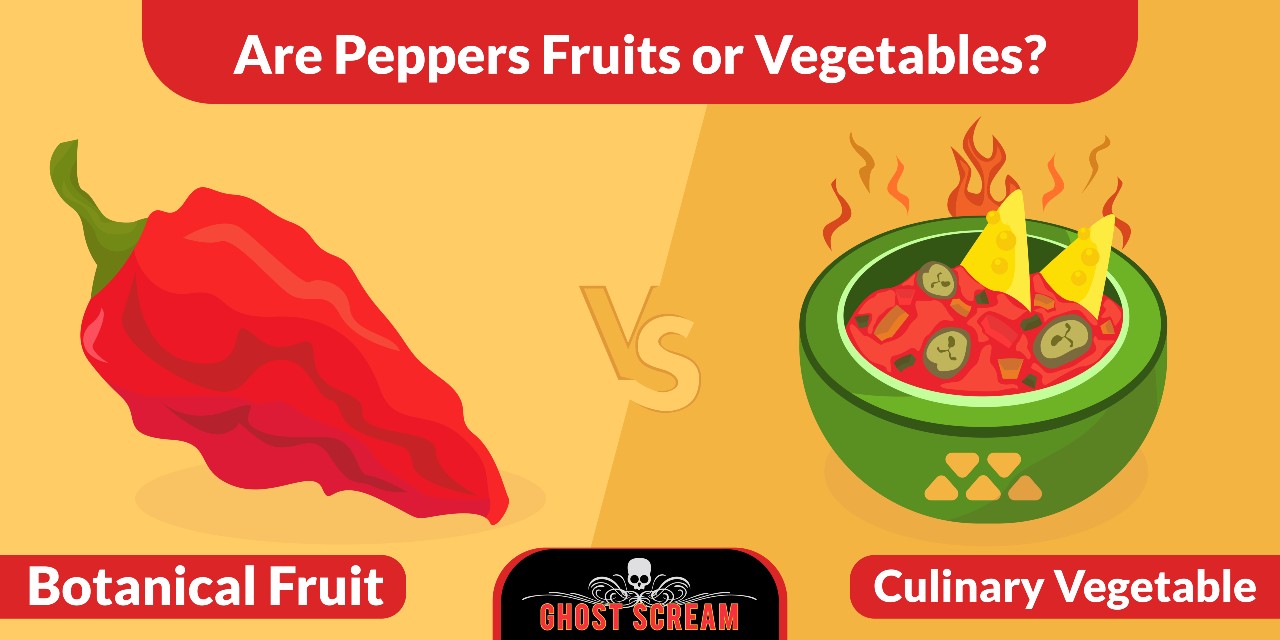 Curious what the difference is between fruits and vegetables? Mom will tell you that fruit is something a kid will eat without complaining and a vegetable is something that only gets consumed at mealtime if there are lots of bribes and dips involved. Of course, that’s not totally true (in more ways than one).

Fruits can be sweet or sour, popular or an acquired taste, and the same goes for vegetables. If you ask a scientist, they’ll tell you that fruit is the edible portion of a plant that comes from a flower. It almost always must contain seeds.

Vegetables are also edible plant parts, but they have a much broader origin story. Veggies can come from almost any part of a bush, tree, vine, or shrub. You might eat a vegetable that’s a leaf, such as lettuce, or one that comes from a plant’s stem, bulb, or root.

But fruits and vegetables have more similarities than they do differences.

Why the pepper is a fruit (botanically speaking) 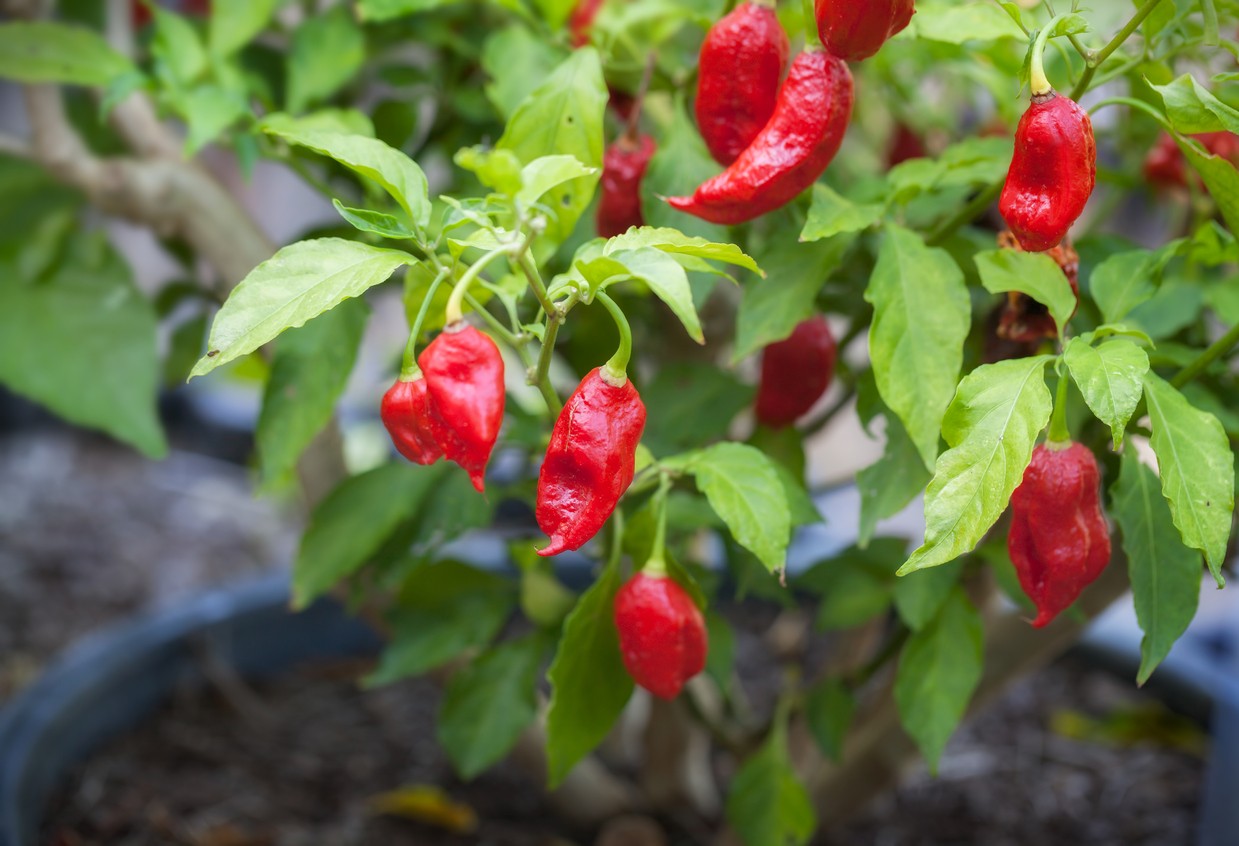 Botany relies on scientific fact to classify what makes a certain type of produce either a fruit or vegetable. Botanists don’t care what you’re using peppers for or how you think they taste. Science is wonderfully heartless when it comes to things like this, which makes it easy for question seekers like us to get answers to burning queries like, “Are peppers fruit?”

Anyway, according to botany, a fruit is defined as the edible reproductive body of a plant. This may also include the contents of the reproductive organ (aka ovary). This inside/outside definition is important because it addresses fruits like an apple that include a lot of flesh surrounding the actual seeds that participate in the plant’s reproduction.

Botanists’ definition of what constitutes a vegetable is not nearly as clear-cut or precise. The term vegetable refers to any edible part of a plant. Looking at plant anatomy, a vegetable could be a:

So, peppers, with their fleshy outside and hidden channels of seeds, are by very definition a fruit. Whether you want to chomp into a habanero like it’s a ripe strawberry or not is another matter entirely. 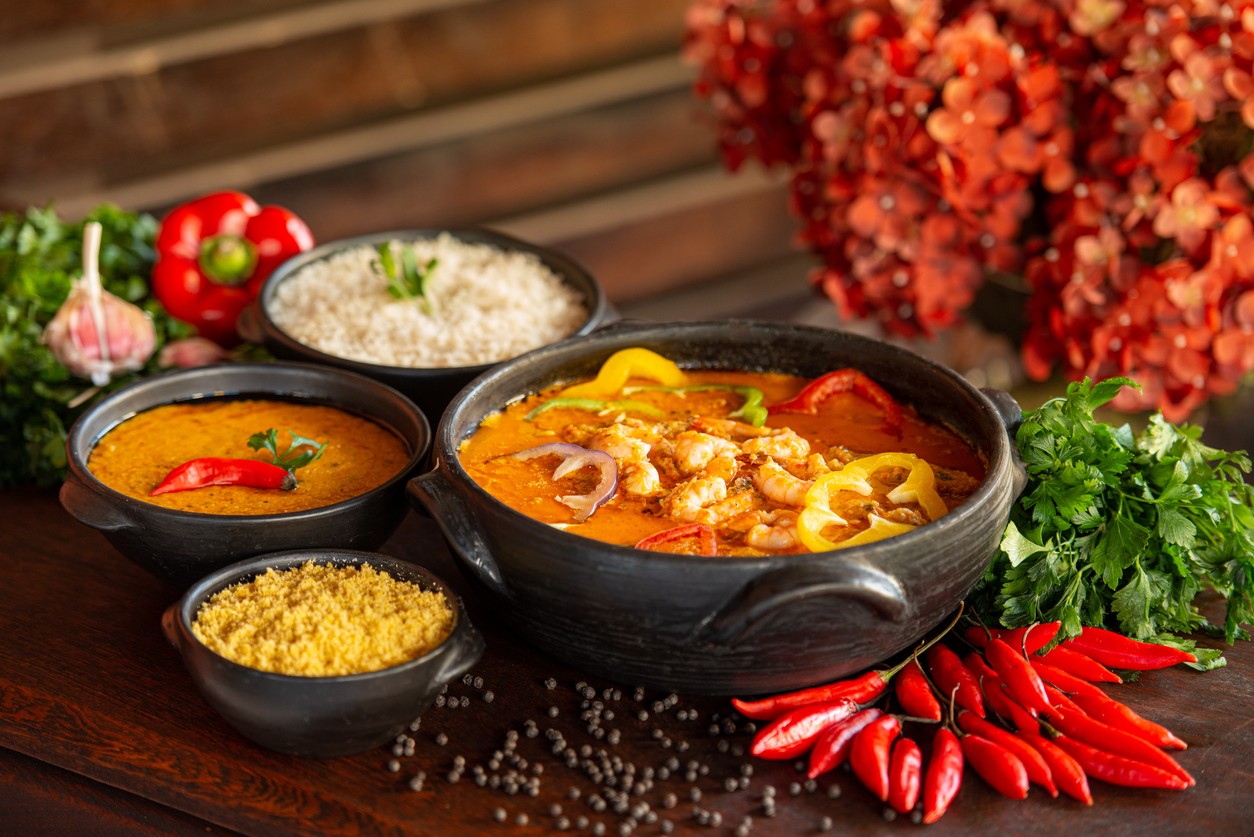 Chefs are driven by their taste buds. Sure, there’s some science involved — look up the term Maillard reaction if want to understand why browning the surface of meat is such an important part of the cooking process. But gorgeous plating and turning olive juice into egg yolk-like discs are experiments that will always come in second and third next to good old flavor.

It makes sense then that chefs often classify fruits as being sweet and vegetables as savory. That’s their use case in the kitchen. When chefs are designing a new dish, they decide how to tick off five important boxes:

If you’re trying to make something sweet, you can either use sugar or a sugar substitute (cane sugar, honey, agave syrup, maple syrup, etc.) or you can use produce that’s higher in natural sugars. Those high-sugar ingredients we get directly from Mother Nature or most often fruits. Adding apple to chicken salad makes the recipe sweeter. Same goes for chopped carrot in a pot of chili or making a mango salsa to sprinkle on grilled shrimp.

For savory dishes, it makes more sense to reach straight for vegetables, and any produce that delivers a more savory profile is typically thought of as a veg.

But as lines blur between culinary cuisines and more and more chefs think outside the box, it matters less and less whether something is a fruit or a vegetable. What matters is how it tastes and how a chef wants to use it. Carrot cake has been challenging the idea of veggie-based sweets for decades. The French use acidic fruit-based gastriques to dress up duck, chicken, lamb, scallops, and other savory proteins all the time.

What does this mean for peppers in a professional kitchen? These often-fiery fruits are used for tons of different applications, but most of the time they appear in savory dishes alongside other vegetables. Most chefs know that pepper is a fruit, but they still think of them as a vegetable. 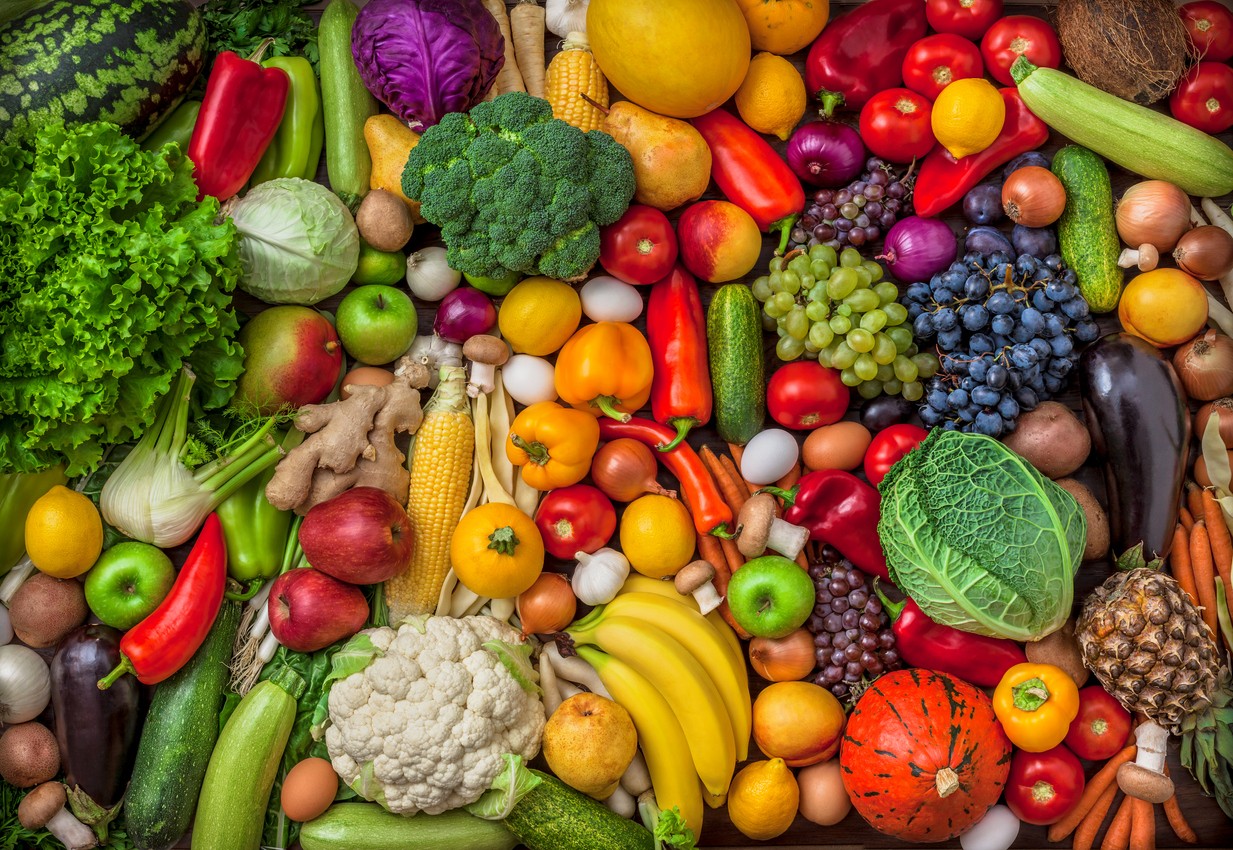 Tomatoes are without a doubt the ingredient most subjected to fruit vs. vegetable debates. This debate has at times been so fierce it was argued over in the hallowed halls of the United States Supreme Court. Nix v. Hedden was an 1893 court case brought to help determine the true nature of tomatoes in order to clarify how they would be assessed when imported from the West Indies.

Counsel for the plaintiff read multiple definitions of the words fruit and vegetable sourced from Webster’s, Imperial, and Worcester’s Dictionaries and even brought in expert witnesses, one of whom said, “I understand that the term 'fruit' is applied in trade only to such plants or parts of plants as contain the seeds.” The court ultimately decided that tomatoes would be classified as a vegetable, at least for import duty purposes

Other ingredients commonly regarded as vegetables that are botanically defined as fruits include:

Some spices are technically classified as fruits as well. Look at a vanilla bean. This “bean” is actual a super-fragrant pod with a bevy of seeds inside. Those seeds are gold to a cook or pastry chef, but they’re also proof that the vanilla bean is a reproductive organ that would help create more vanilla bean plants if it wasn’t otherwise destined to end up in ice cream or crème brulee. The same concept applies to other spices like black pepper, coriander (the fruit/seed of the cilantro plant), allspice, and chili peppers (head’s up, Ghost Scream fans!).

There are even grains that are technically part of the fruit category. While it’s true no one is confusing wheat, corn, and rice for a vegetable, they’re still not usually referred to as fruits when they do contain what botanists would label “ovary tissue.”

As for cucumbers, everyone knows they’re a vegetable — and one veggie that’s practically calorie free, for those who care! Except, um, they’re not a vegetable at all. According to botanists, cucumbers are also considered fruit. Just maybe don’t toss them in a fruit salad with berries and bananas unless you want to create an uproar at your next picnic.

Using Peppers as fruits and vegetables 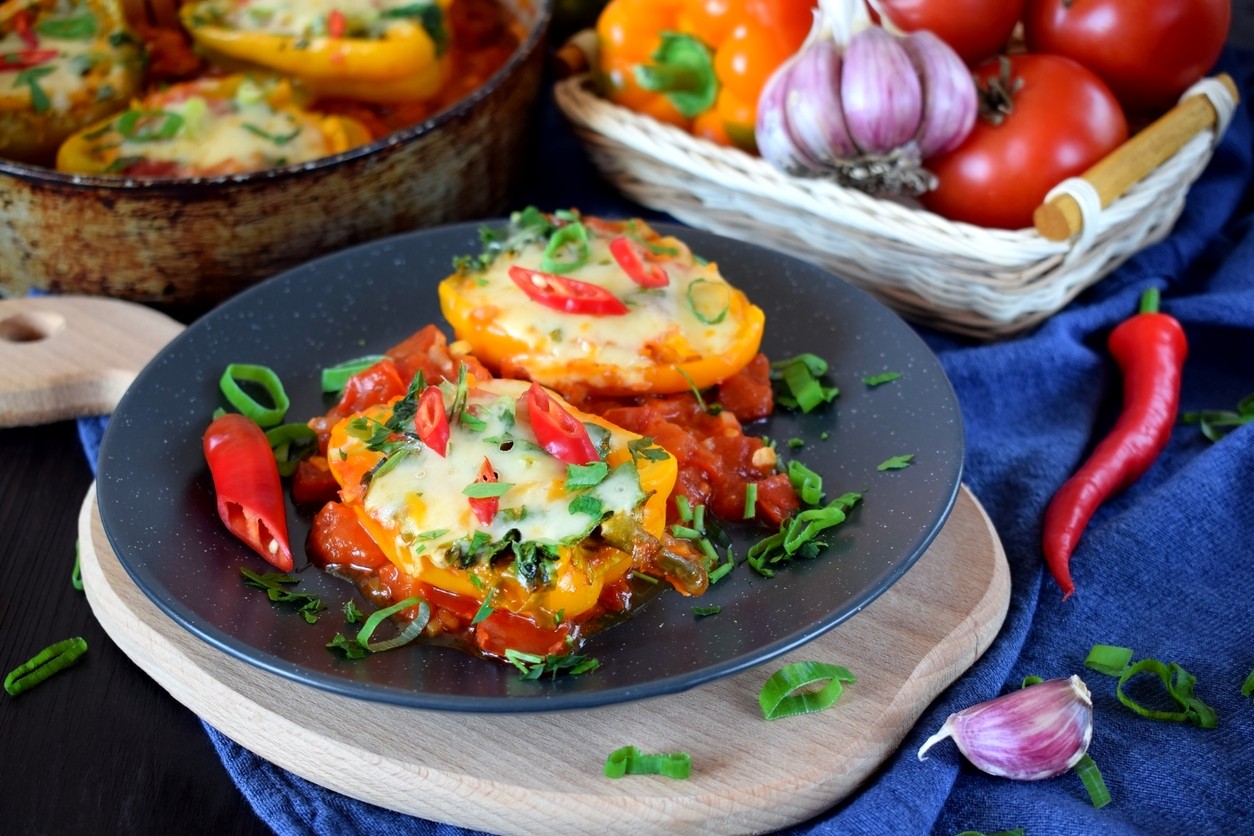 There are more than 50,000 different types of peppers available in the world today. While peppers are technically fruits, most have a savory or spicy profile that lends itself to more savory preparations.

Some popular pepper recipes, applications, and dishes include:

But you might also see peppers used alongside fruit. Imagine pickled jalapenos dotting a watermelon and feta salad, providing just the right amount of zesty heat.

One of the easiest ways to use peppers to express your culinary creativity is with Ghost Scream Hot Sauce. From dribbling El Verde Hot Sauce on top of chilled ceviche to spreading Chili Garlic Jam on a flatbread crust there are countless ways to make this versatile fruit work for you. Check out the full Ghost Scream catalog for more ideas.