We all know that chili peppers burn, but why?

People the world over have a love affair with peppers. These humble yet fiery pieces of fruit (yup, they’re fruit!) are believed to be the first crop every produced domestically, with researchers finding chili pepper seeds in Mexico and Peru that date back over half a millennium.

Ghost peppers are a much more recent discovery, though this native Indian crop is at least a couple centuries old. Still, ghost peppers have made their presence known in more ways than one, so it’s past time to understand why these perky red peppers are so popular, why they're so spicy, and why people keep coming back for more. 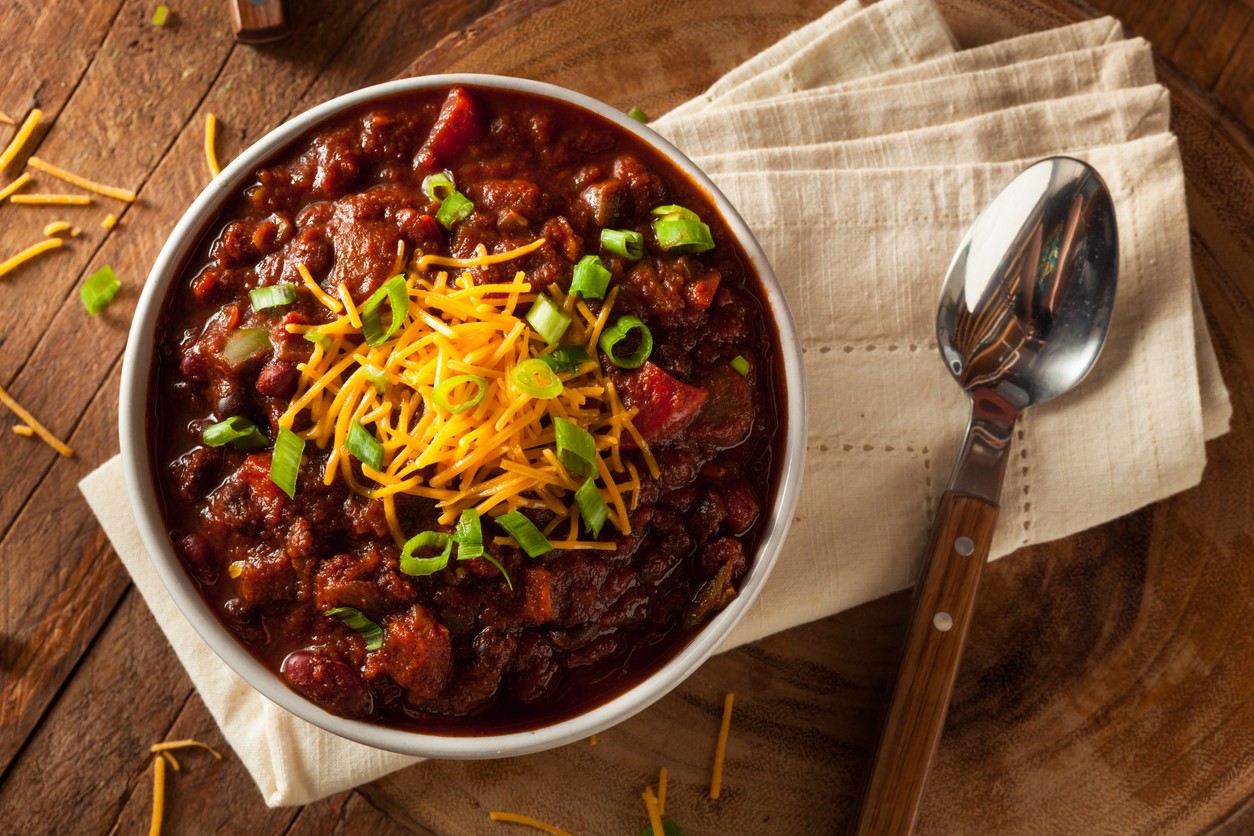 Chili peppers contain a chemical called capsaicin (cap-SAY-a-sin) that triggers your body’s pain response system. Think of capsaicin as an activator; it pokes at our transient receptor potential vanilloid 1, better known as TRPV1 and often referred to as a capsaicin receptor. This tiny protein is supposed to sense heat and respond by signaling to the brain that potential danger is looming just up ahead. The brain gets the message, then creates a pain signal to warn its pepper-eating host that if they keep downing those level 10 chicken wings, something bad might happen.

Capsaicin is so fascinating and dynamic that it’s now harvested by scientists and manufacturers interested in harness the power of the pepper to create everything from weight loss supplements to pain relieving creams. Capsaicin is even the main ingredient in pepper spray, proving that produce can offer protection as well as body-nourishing nutrients.

Why does spicy food burn?

Yes, ghost peppers are hot, but for millions of people the spicy promise of a good hot sauce is anything but a deterrent. The capsaicin we talked about earlier trips the body into thinking it’s in danger. Your body in turn releases a flood of pleasure-inducing hormones called endorphins — in other words, the right amount of chili pepper can give you a totally natural and pretty awesome “high.”

It all goes back to the relationship between your capsaicin receptor/TRPV1 and your nervous system. Humans have thrived as a species largely because we have the ability to feel and understand pain and react accordingly. If our receptors go off because we got too close to an open fire, we know to step back from the fire. If the receptors sound the alarm because we just bit into a ghost pepper, we’ll feel a similar response — our body thinks it’s being burned.

How long does the burn from a ghost pepper last?

Ghost peppers, also known as bhut jolokia, are one of the hottest peppers in existence.

Feeling the burn: Which peppers are the hottest? 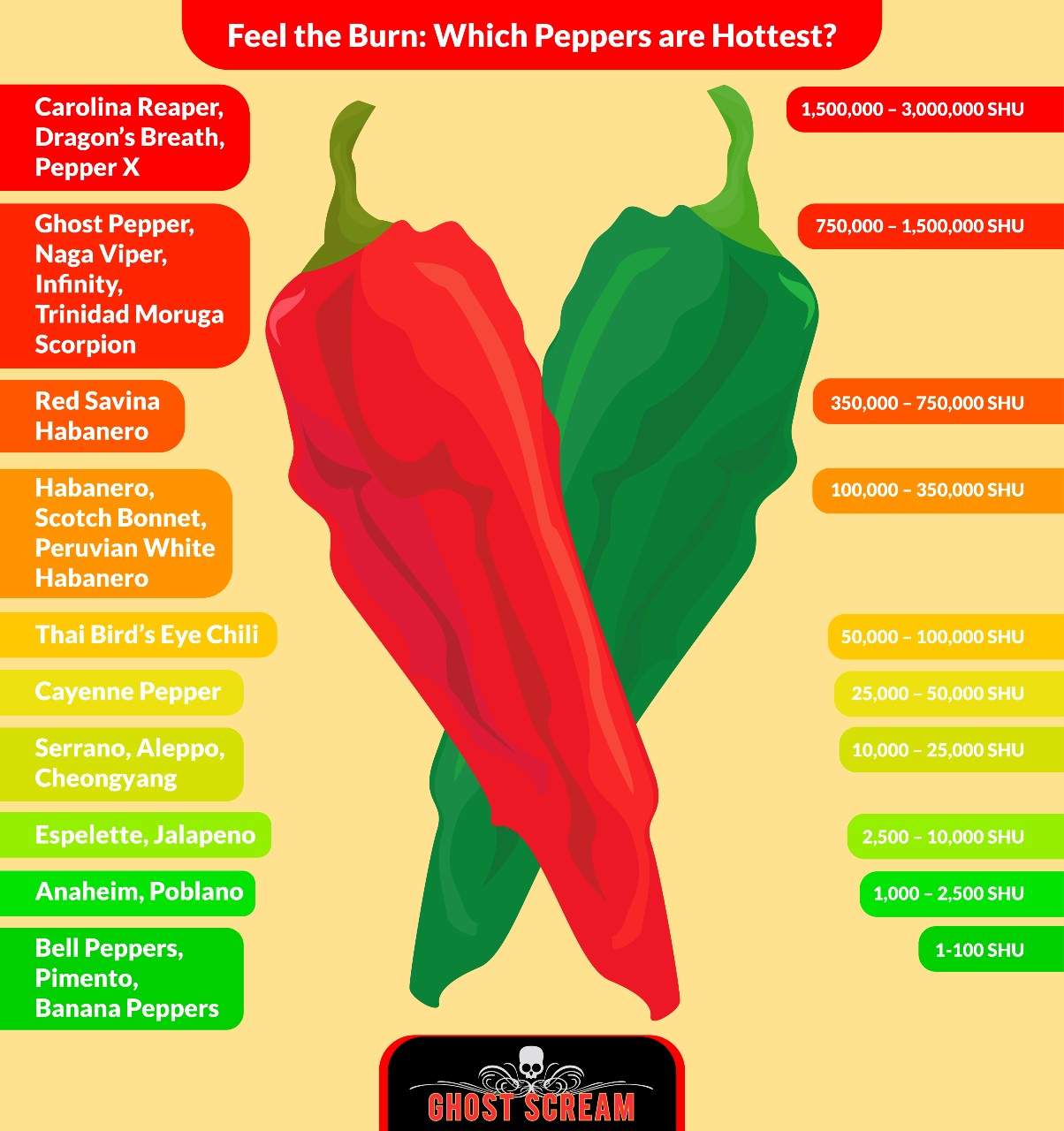 When it comes to peppers, spice is relative. Or is it? Actually, there’s a very scientific way to rate which peppers are the hottest. It’s called the Scoville scale. This scale rates peppers according to how many Scoville heat units (SHU) each type of pepper typically contains. The higher the SHU count, the spicier the pepper is.

For reference, the hottest peppers in the world rate between 1.5 million and 3 million Scoville heat units. Relatively benign bell peppers and banana peppers rank lowest, at just 0 to 100 SHUs.

Here are some other commonly used peppers, their Scoville ratings, and what you can expect if you eat them straight:

How to manage the burn 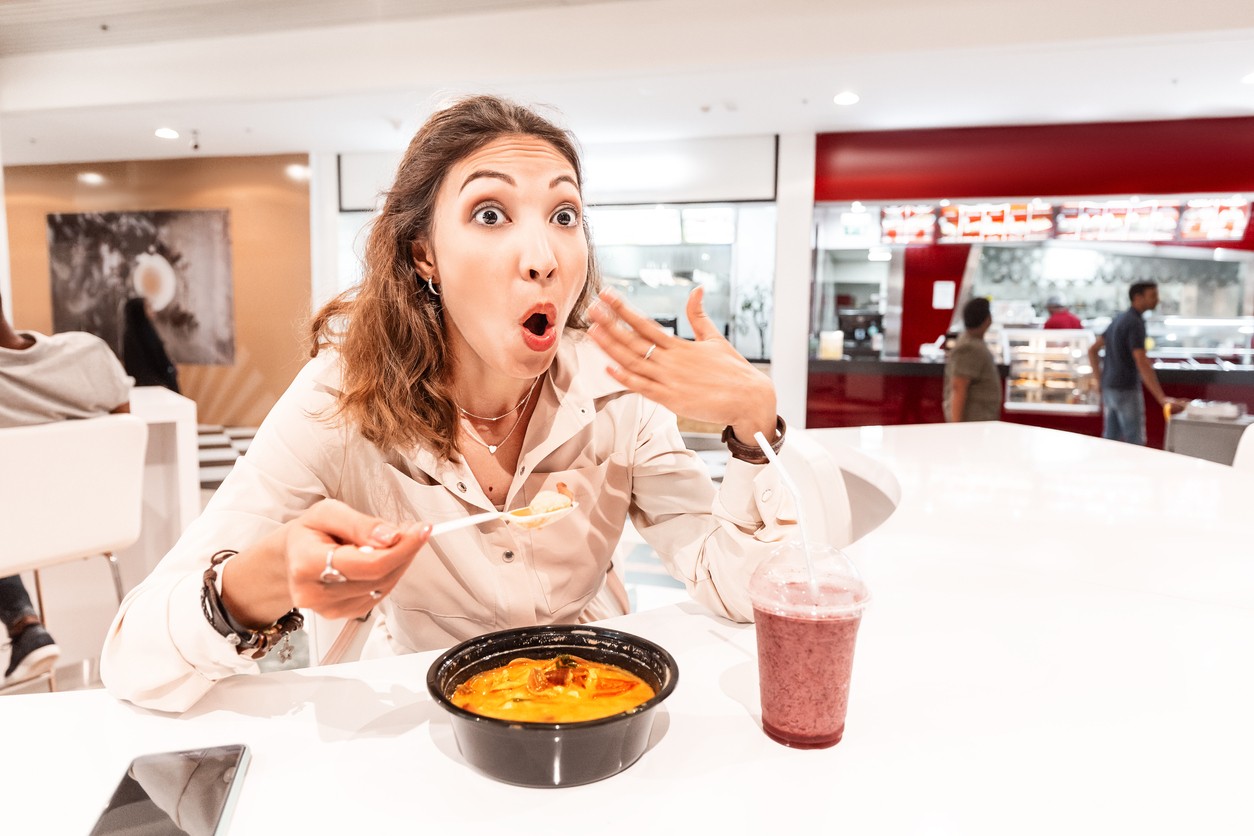 To help manage the rush you get from scarfing down spicy food, use these tips to keep that tingly warmth going without sacrificing your taste buds in the process.

If your mouth feels a little too fiery:

To prevent or neutralize ghost pepper “burns” on your skin:

Above all, avoid touching your eyes, nose, or other sensitive body parts if you think you may still have hot sauce or chili pepper on your hands. And remember, some of these fixes are only temporary and the relief may not be immediate — it takes time for your system to calm down once pain triggers have been activated, and if you’re still exposed to some capsaicin, the burn is likely to return.

Ghost Scream’s Gourmet Hot Sauce is a fan favorite for many reasons, but taste and balance is two of the biggest. We’ve created our sauces with just the right amount of heat — think pleasant tingle versus raging forest fire. The goal is to give you a sauce that brings zest and spice to your food without obscuring the dish’s existing flavors.

To make that vision into a reality, we blend our peppers in small batches, combining ghost peppers with other quality ingredients such as fresh garlic, bell peppers, onions, and spices. It’s intense yet refined, powerful yet restrained enough to use on everything from scrambled eggs to chicken wings. Finally, there’s a ghost pepper hot sauce truly meant for everyday use.

To explore the full range of Ghost Scream products, check out our online store.